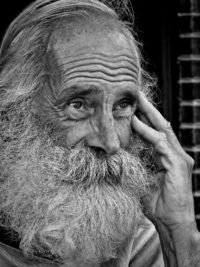 Apollos was a learned man, with a thorough knowledge of the Scriptures. He had been instructed in the way of the Lord, and he spoke with great fervor. He taught about Jesus accurately, though he knew only the baptism of John.  – Acts 18:24-25

Are we learned men and women? Do we meditate on God’s word daily? Are we thoroughly knowledgable of the Scriptures?

The Religion News Service recently quoted an individual as saying, “I started to break down my faith and ask, ‘Why is all the Bible written by men? Why is it all one-sided? What do we do with the genocide and the poor treatment of women?’ ”

This individual reflects a growing segment of the population who hold that the Bible is little more than a flawed historical document. To this point Dr. George Barna, founder of The Barna Group, a market research firm specializing in studying the religious beliefs and behavior of Americans, was recently quoted as saying,

“America is in a post-Christian Reformation theology and this reformation is being driven by American culture rather than biblical truth. The worldviews embraced by the adherents of these distinct religious communities reflect contemporary, worldly influence, rather than biblical influence. The most startling realization is how many people from evangelical churches are adopting unbiblical beliefs.”

“Evangelicals have traditionally emphasized the importance of seeing the Bible as the infallible, inerrant Word of God. Now, however, 52 percent do not believe in objective moral truth, which ‘equates to most evangelicals believing that the Bible is either not inerrant or trustworthy in its content.’ That, said Barna, “is a radical and critical departure from the traditional teachings and biblical reliance of evangelicals.”

Contrast the current state of the religious beliefs and behavior of Americans with those of Apollos who, “began to speak boldly in the synagogue. When Priscilla and Aquila heard him, they invited him to their home and explained to him the way of God more adequately.” – Acts 18:26

While Apollos was at Corinth, Paul took the road through the interior and arrived at Ephesus. There he asked some disciples, “Did you receive the Holy Spirit when you believed?”
They answered, “No, we have not even heard that there is a Holy Spirit.”
Paul asked, “Then what baptism did you receive?”
“John’s baptism,” they replied.
Paul then placed his hands on them and the Holy Spirit came on them, and they spoke in other languages and prophesied. – Acts 19:2-4, 6

How about you? Have you been baptized into Christ through his death and resurrection? Do you recall when you professed your faith in Christ? Were you confirmed into a church without receiving the Spirit of Christ through the laying on of hands? If so, find a body of believers who will witness to your Holy Spirit baptism and then record the date of your Holy Spirit Baptism in your Bible. There may come a day when your family and loved ones will find comfort in knowing that you professed your faith in Christ on a certain date.

However some in Ephesus became obstinate. They refused to believe and publicly maligned the Way. – Acts 19:9

A hardening of the heart follows obstinance and rebellion. Left unchecked, a mocking spirit takes residence within.

But others were seized with fear, and the name of the Lord Jesus was held in high honor. Many of those who believed now came and openly confessed what they had done. – Acts 19:17-18

By going through our trial we learn to know God better. Oswald Chambers

Life is one trial after another. With the Spirit of Christ within, we can treat each trial as another opportunity to experience God’s love in greater ways.