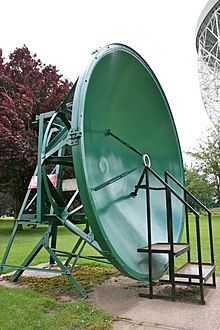 Did God really say there is whispering gallery where we can hear his voice?

A whispering gallery is usually a circular enclosure, often beneath a dome or a vault, in which whispers can be heard clearly in other parts of the gallery. Such galleries can also be set up using two parabolic dishes. Sometimes the phenomenon is detected in caves. For Christians, God’s Whispering Gallery exists anytime the Spirit of Christ acts as one dish and God’s word as the other. By standing between the two we can hear God’s still small voice speaking to us.

Here is how Christ explained this Holy whispering gallery: “The Holy Spirit, whom the Father will send in my name, will teach you all things and will remind you of everything I have said to you.”John 14:26

At the time Jesus was speaking to his disciples. But it’s clear from the events that happened after this conversation — his death on the cross, resurrection, and establishment of his Church — that his instructions were and are for all who have his Spirit within.

Which commands? How many commands did Jesus give? Not very many. At least not that we find in the four Gospels. But we read at the beginning of John’s Gospel that Christ actually authored all the commands we find in the Bible and he did this on the instructions of his father.

But how does that help us hear God’s whisper today? It’s one thing to read and study God’s words, but too often we need daily direction and instruction that cannot be found by flipping through the Bible. This is where God’s Whispering Gallery guides us.

“I will ask the Father, and he will give you another advocate to help you and be with you forever— the Spirit of Truth. The world cannot accept him, because it neither sees him nor knows him. But you know him, for he lives with you and will be in you.” John 14:16-17

This Advocate, this Spirit of Truth, this Holy Spirit of Christ, is the one who teaches us all things and reminds us of everything Christ and God said. One way to hear God’s whisper is to listen for his echo returning to you when you seek direction. When faced with a decision, stand in the center of God’s Whispering Gallery (His spirit within, His word in your lap) and call out to God. If the Spirit of Truth returns God’s word to you, through Bible study or later through remembrance or a godly friend offering a scripture reference, then you can be sure your action is within the realm of God’s blessing. God may still ask you to wait or turn aside, as he did with Paul and others, but at least you will know that your decision is one God could bless.

Because there are numerous spirits (competing dishes) at work around us, it is vital that we listen for God’s echo to return. “Do not believe every spirit, but test the spirits to see whether they are from God, because many false prophets have gone out into the world.” 1 John 4 “Every spirit that does not acknowledge Jesus is not from God.” And even if a spirit does acknowledge that Jesus is from God, ask for further evidence.

“You believe that there is one God. Good! Even the demons believe that—and shudder.” James 2:19.

Odds are Satan and his demons know the Bible better than you. They’ve had longer to study and memorize its words so they can deceive and defeat you.

“The devil took Jesus to the holy city of Jerusalem and had him stand on the highest point of the temple. ‘If you are the Son of God,’ he said, ‘throw yourself down. For it is written: “He will command his angels concerning you, and they will lift you up in their hands, so that you will not strike your foot against a stone.” “Jesus answered him, ‘It is also written: ‘Do not put the Lord your God to the test.’”

We are not to put God to the test, but we are commanded to test every spirit that speaks to us. And who are these spirits?

There are spirits who:

This is but a short list of the spirits who act in opposition to God’s spirit. Below are three verses that confirm that God speaks the truth, God does not change his mind on a matter (though he may delay judgement), and that God cannot make mistakes.

“It is impossible for God to lie … so hold fast to the hope set before us.” Hebrews 6:18

“No prophecy of Scripture comes from someone’s own interpretation. For no prophecy was ever produced by the will of man, but men spoke from God as they were carried along by the Holy Spirit.” 2 Peter 1:20-21

If you hear a voice that contradicts the Bible, you can be sure the voice is from a spirit other than God and Christ. And if it is, you should loudly and with boldness say: “Depart from me!” Then wait for God’s whisper as he directs your next step.