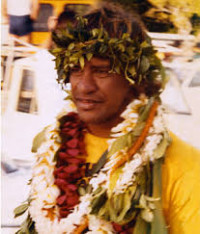 Organizers of the Quiksilver In Memory of Eddie Aikau Big Wave Invitational say they will continue to wait for ” one day of quality surf” when wave face heights reach around 40 feet. The contest is held in honor of Eddie Aikau, a famous Oahu lifeguard who was regarded as one of the best big wave surfers of the 1960s and ’70s. Aikau disappeared in 1978 during a canoe expedition from Hawaii to Tahiti.

The Eddie Aikau Big Wave Invitational an annual occurrence dependent upon large surf. The event has taken place eight times, starting in 1984. It was last held in December 2009 when Greg Long of California claimed victory.