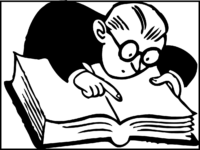 The Bereans examined the Scriptures every day to see if what Paul said was true. Acts 17:11

How about us? Do we examine the Scriptures each day to see if what Paul said, what a writer, preacher, friend says about God’s words are true? God is not worried that an audit of his words will reveal an error, for through his Spirit the writer of Proverbs said, “Every word of God proves true; he is a shield to those who take refuge in him.” Proverbs 30:5

Jealous Jews rounded up bad characters, formed a mob, and started a riot in the city. These jealous Jews went to Berea, agitating the crowd, and stirring them up. Acts 17:5 & 13

Do we? When circumstances run counter to what we hoped would happen, do we round up a tribe of like-minded believers, form a mob, and riot in the streets and online? Perhaps because Paul endured beatings prompted by agitated mobs, he wrote, “If possible, so far as it depends on you, live peaceably with all.” Romans 12:18

A group of Epicurean and Stoic philosophers began to dispute with Paul, asking, “What is this babbler trying to say?” They took him and brought him to the Areopagus, saying, “You bring some strange things to our ears. We wish to know therefore what these things mean.” Now all the Athenians and the foreigners who lived there would spend their time in nothing except telling or hearing something new.” Acts 17:18-21

Is this the way we seek wisdom and knowledge? By rushing after the latest popular movement or some awakened understanding that suggests we are more enlightened than God? Do the words of God leave us confused, as though he speaks in code? If so, we only need to raise our hand and ask for help. “If any of you lacks wisdom, you should ask God, who gives generously to all without finding fault, and it will be given to you.”-  James 1:5

“God is not served by human hands, as if he needed anything, for he himself gives to all mankind life and breath and everything. God made from one man every nation of mankind to live on all the face of the earth, having determined allotted periods and the boundaries of their dwelling place. God did this in order that they should seek him, and perhaps feel their way toward him and find him. Yet he is actually not far from each one of us. In the past God overlooked our times of ignorance, but now he commands all people everywhere to repent. He has fixed a day on which he will judge the world in righteousness by a man whom he has appointed; and of this he has given assurance to all by raising him from the dead.” Acts 17:26-31

As the psalmist says, “Serve the Lord with gladness! Come into his presence with singing!” Psalm 100:2. Never forget that we can only serve God because through his mercy he allows us to come into his presence. He does not need to be served, but through his grace, he allows us to anoint his feet with perfume and wipe his feet with the very hairs on our head. He saves. He redeems. He has fixed a day for judgement.  All he asks of us is that we turn from our sins and towards him. Will we?