Do not let anyone deceive you. 2 Thessalonians 2:3

The Man of Lawlessness will be revealed. He will oppose and exalt himself over everything that is called God or is worshiped. He will set himself up in God’s temple, proclaiming himself to be God. 2 Thessalonians 2:4

You know the power that is holding back the Man of Lawlessness. 2 Thessalonians 2:6

The secret power of lawlessness is already at work, but the One who now holds it back will continue to do so till He is taken away. 2 Thessalonians 2:7

The coming of the Man of Lawlessness will be in accordance with the work of Satan. The Man of Lawlessness will work all kinds of counterfeit miracles, signs, and wonders. He will display every sort of evil. He will deceive those who are perishing. They perish because they refused to love the truth and be saved. For this reason God sends them a powerful delusion so that they will believe the lie. All who have not believed the truth but have delighted in wickedness will be condemned. 2 Thessalonians 2:9-12

The central point of the kingdom of Jesus Christ is a personal relationship with Him, not public usefulness to others. This time of soaking before God is being spent in getting rooted and grounded in Him, which may appear to be impractical, then you will remain true to Him whatever happens.- Oswald Chambers

May God clear the way for us to come to you. 1 Thessalonians 3:11

May God Strengthen your hearts so that you will be blameless. 1 Thessalonians 3:13

In every dimension in which you are not real, you will argue or evade the issue altogether rather than come to Jesus. – Oswald Chambers

(Are you still refusing to be baptized as an outward sign that you are his? If so, will you go to Christ now die to self and rise with him? May God clear a way for you to come to him.)

As a father, encourage, comfort, and urge your children to live lives worthy of God. 1 Thessalonians 2:11-12

The Holy Scripture is not the word of men, but the word of God which is at work in those who believe. 1 Thessalonians 2:13

We were torn away from you for a short time – in person, but not in thought. 1 Thessalonians 2: 17

I wanted to come to you again and again but Satan stopped us. You are our hope, our joy, our crown, and our glory in the presence of the Lord Jesus. 1 Thessalonians 2:19

I was afraid the tempter might have tempted you and our efforts might have been useless. 1 Thessalonians 2:6

Sin is deliberate and determined independence from God. The Bible alone deals with sin, not “sins.” The first thing Christ confronted in people was the heredity of sin. In the presentation of the Gospel message we have ignored this. – Oswald Chambers

* Turn to God from idols.
* Wait for the Son from heaven.
* Welcome the message from the Holy Spirit.
* Imitate, be a model, of the Lord
* Be inspired by hope
* Be prompted by love
* Be a at work by faith to produce fruit
* Be in prayer for all
* Be thankful to God for all, both those saved and yet to be saved.

Pray that the message of the Lord may spread rapidly and be honored. Also pray that we may be delivered from wicked and evil men. Not everyone has faith. 2 Thessalonians 3:1-2

Keep away from every brother who does not live according to the teachings you received from us. 2 Thessalonians 3:6

Do not associate with him in order that he may feel ashamed. You do not regard him as an enemy. Rather, warn him as a brother. 2 Thessalonians 3:14-15

Sanctification is Jesus Himself in me (see 1 Corinthians 1:30). Oswald Chambers
Because of him you are in Christ Jesus, who became to us wisdom from God, righteousness and sanctification and redemption. 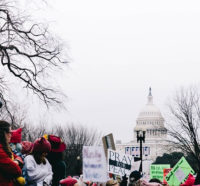 The Rebellion will occur. 2 Thessalonians 2:3

The Man of Lawlessness will oppose God. He will exalt himself over everything that is called God or is worshipped. He will set himself up in God’s temple. He will proclaim himself to be God. 2 Thessalonians 2:4

The coming of the lawlessness one will be in accordance with the work of Satan. Those deceived by the Man of Lawlessness will perish because they refused to love the truth. They chose to believe the lie. 2 Thessalonians 2: 9-11

All will be condemned who have not believed the truth but have delighted in wickedness. 2 Thessalonians 2:12

Romance 1:18-28
The wrath of God is being revealed from heaven against all the godlessness and wickedness of people, who suppress the truth by their wickedness, since what may be known about God is plain to them, because God has made it plain to them. For since the creation of the world God’s invisible qualities—his eternal power and divine nature—have been clearly seen, being understood from what has been made, so that people are without excuse. For although they knew God, they neither glorified him as God nor gave thanks to him, but their thinking became futile and their foolish hearts were darkened. Therefore God gave them over in the sinful desires of their hearts to sexual impurity for the degrading of their bodies with one another. They exchanged the truth about God for a lie, and worshiped and served created things rather than the Creator—who is forever praised. Because of this, God gave them over to shameful lusts. Even their women exchanged natural sexual relations for unnatural ones. In the same way the men also abandoned natural relations with women and were inflamed with lust for one another. Men committed shameful acts with other men, and received in themselves the due penalty for their error. Furthermore, just as they did not think it worthwhile to retain the knowledge of God, so God gave them over to a depraved mind, so that they do what ought not to be done. They have become filled with every kind of wickedness, evil, greed and depravity. They are full of envy, murder, strife, deceit and malice. They are gossips,  slanderers, God-haters, insolent, arrogant and boastful; they invent ways of doing evil; they disobey their parents; they have no understanding, no fidelity, no love, no mercy. Although they know God’s righteous decree that those who do such things deserve death, they not only continue to do these very things but also approve of those who practice them.

Christ came to make me what he teaches I should be. be. The redemption means that Jesus Christ can place within anyone the same nature that ruled His own life, and all the standards God gives us are based on that nature. Oswald Chambers

From the beginning God chose you to be saved through the Spirit and through belief in the truth. 2 Thessalonians 2:13

Hold to the teachings we passed on to you, whether by word of mouth or by letter. 2 Thessalonians 2:15

Your perseverance and faith in all persecution and trials is evidence that God’s judgement is right. 2 Thessalonians 1:4-5

God is just. He will pay back trouble to those who trouble you. He will give relief to you who are troubled. This will happen when the Lord Jesus is revealed from heaven. 2 Thessalonians 1: 6-7

God will punish those who do not know God and do not obey the gospel of our Lord Jesus. They will be shut out from the presence of the Lord. 2 Thessalonians 1 8-9

I pray God may fulfill every good purpose of yours and every act prompted by your faith. 2 Thessalonians 1:11

If our everyday decisions are not according to His will, He will press through them, bringing restraint to our spirit. Oswald Chambers